What is Ear Acupuncture, and Does it Work?

Welcome! We’re so glad you’re here, and we hope you’re excited to learn more about the power of ear acupuncture. If you’re reading this post, you’ve probably heard about ear acupuncture, and maybe you’re curious about what it is, how it’s performed, and whether it works.

You’re not alone! This complementary medicine technique, used for thousands of years in Asian cultures, isn’t just well understood by the Western medical world. But that doesn’t mean you can’t take advantage of its benefits! In this post, we’ll teach you what ear acupuncture is, what it does, and why it’s worth giving a try for symptoms, ailments and conditions ranging from a skinned knee, to anxiety, to headaches. Read on!

What is Ear Acupuncture?

Ear Acupuncture, or auriculotherapy is the technique of using points on the skin of the auricle (external ear) to diagnose and treat pain and medical conditions of the body. Also referred to as auricular medicine, auricular therapy and sometimes auricular acupuncture, practitioners all over the world use this therapy to treat pain, dysfunction, addictions and internal disorders with excellent results. Whether used in conjunction with another treatment or by itself, auriculotherapy is often effective when other treatments have failed. Best of all, it is safe, non-invasive and has no known side effects.

Ear acupuncture is a natural complement to many types of healthcare practice, including acupuncture, chiropractic, western allopathic medicine, naturopathy, physical therapy and psychotherapy. It offers the advantages of being relatively easy to learn, quick in practical application, and helpful for many health conditions, both physical and mental. It is clinically convenient because it does not require a patient to disrobe or lie down, and in fact can be applied in nearly any setting or situation. Because any body part can be treated from the ear, even inaccessible body parts can be effectively addressed. For example, a limb that is in a cast can be treated without direct access to the limb.

How Does Ear Acupuncture Work?

In 1957, a French Physicist named Dr. Paul Nogier first discovered the electrical changes that occur in the body in response to ear acupuncture point stimulation. Based on his research, he created a model that depicts which points on the ear correspond with which body parts. It’s called the Inverted Fetus model. In this model, a fetus lays with within the ear with his head pointing downward toward the ear lobe.

During his research, he also discovered that certain electrical frequencies are more effective for stimulating certain parts of the ear. You can see a map of the frequency zones below. Because ear acupuncture is based on bioelectric nervous system signaling, electrical treatment is extremely effective.

Auriculotherapy is used quite commonly in treating addiction. It has received considerable press attention in this venue. In fact, many addiction treatment programs incorporate auriculotherapy as a cornerstone of treatment. Whether the addiction is to alcohol, street drugs, prescription medications, nicotine, or food, auriculotherapy is often helpful and occasionally miraculous. Behavioral addictions like sex, theft, gambling and thrill seeking are also successfully treated with auriculotherapy.

Though ear acupuncture may be most widely known for treating addiction, that it by no means its only application. It shows promise in affecting pain, allergies, weight, anxiety, mood, hormone balance, immune system function, and more. To read about our top 10 favorite conditions to treat with ear acupuncture, click here!

Thanks to the efforts of retired Col. Richard C. Niemtzow, MD, PhD, MPH, the U.S. military has taken an increased interest in auriculotherapy for rapid pain relief in emergency situations. Dr. Niemtzow’s Battlefield Acupuncture technique is a quick, efficient and simple protocol used with great results since its inception in 2001. Increasing numbers of military doctors are now trained and using this auriculotherapy technique, and ongoing scientific studies are investigating its applications.

Needle-free ear acupuncture is considered extraordinarily safe, as long as you follow the directions on the device you use to treat. You can learn more about how to perform ear acupuncture by clicking on the link below.

How to Treat: Ear Acupuncture for Home Users>>

Manual Stimulation: As a general guideline, if you’re using a form of manual point stimulation like ear seeds, beads, or a manual probe, it would be near impossible to cause accidental harm.

Electrical Stimulation: If you’re using a microcurrent device like the Stimplus Pro, it’s important to double-check your frequencies and settings before treating.

What about side effects? The only known side effects of auriculotherapy are all positive: enhanced mood, better sleep, decrease in non-related symptoms and better treatment compliance. Even better, there’s no danger of overdose or addiction—which means ear acupuncture it safer than most over-the-counter drugs!

The short answer is, absolutely! Over the years, hundreds of studies have taken place that indicate ear acupuncture’s effectiveness for dozens of conditions. Perhaps even more indicative of its true power is its widespread use by thousands of practitioners worldwide, and their personal experiences with its clinical success.

But the truth is, you’ll never know how effective ear acupuncture could be for you until you try it for yourself.

Auriculo 360: A Tool for the Masses

Now, if the thought of learning a whole new healing system is a little bit intimidating, we totally get it.

There are hundreds of acupuncture points on the ear, and they’re TINY! It’s really hard to locate a minuscule point on a 3D, human ear, especially when you’re using a 2D chart as your reference. And once you know how to find a point, how do you know which ones you should use to address your complaint?

That’s why we designed Auriculo 360, a highly intuitive, simple, and useful software database to show you what points to treat for a wide variety of conditions, and help you locate them accurately. Auriculo 360 includes powerful ear acupuncture protocols for hundreds of conditions and ailments, along with an extensive library of ear acupuncture points. These protocols are based on the best combination of classical points, modern points, and recommendations from auriculotherapy experts.

The best part is Auriculo 360 was designed to be incredibly affordable, coming in at only $99 for your first year of the Individual Plan (good for use on up to 3 devices). That’s less than $9/month!

Use Coupon Code SAVE30 at checkout to save $30 on your first year of Auriculo 360!

Whether you’re a professional looking to add ear acupuncture to your arsenal of treatment approaches, or a mom who wants to treat your kids, Auriculo 360 is the first step to get you started.

Use Coupon Code SAVE30 at checkout to save $30 on your first year of Auriculo 360!

Want more tips on how to get started with ear acupuncture? Check out the post below!

How to Treat: Ear Acupuncture for Home Users >>

About Ear Acupuncture For Team

We're a team of acupuncturists, chiropractors, and professionals who are passionate about ear acupuncture and excited to share its benefits with you. As the creators of Auriculo 360, we understand what it takes to accurately locate and treat auricular points. Whether you're brand new to the world of auriculotherapy or a seasoned practitioner, we're here to help you tap into the power of accurate, simple protocols as first-line therapies for everyday ailments. Welcome aboard! 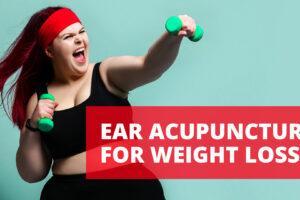 The Best-Kept Secret of Natural Medicine This may be the[...] 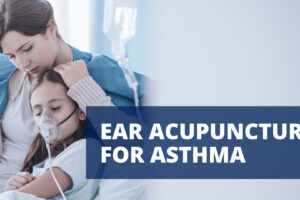 Asthma: The Noncommunicable Epidemic Asthma is on the rise in[...] 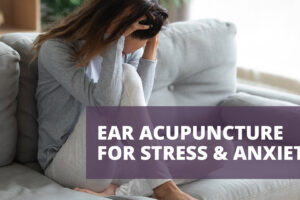 Auriculotherapy for Stress and Anxiety

Anxious? You’re Not Alone. According to the Anxiety and Depression[...]

Type and press Enter to search